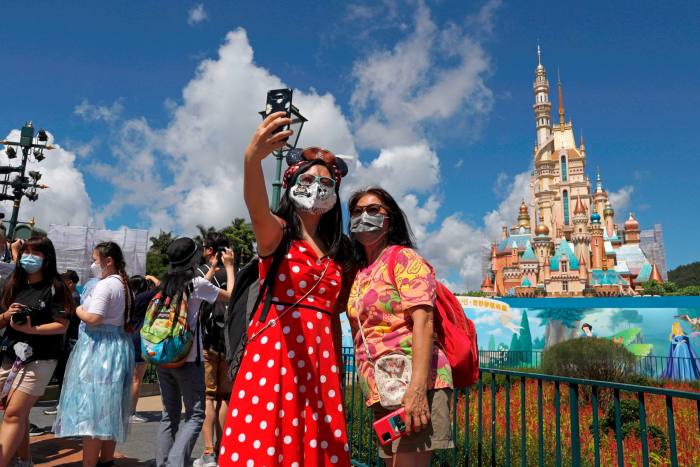 Shanghai’s Disneyland closed down on Tuesday for the third time this year as the city battles a growing outbreak of the virus.

The theme park has become a barometer for the openness of China’s largest city, which in April entered a more than two-month shutdown and has since seen on-and-off restrictions as Beijing persists with its strict zero-Covid policy.

The park will close from Tuesday while Disneytown, Wishing Star Park and two resort hotels will continue to operate normally, the park announced.

In a previous shutdown this year, Disneyland guests were locked inside and not allowed out until they had completed Covid tests. The on-off opening of the park has mirrored China’s struggle to suppress the virus while minimising the economic impact of its curbs.

The park also closed during Shanghai’s lockdown earlier this year and was shut down for pandemic-related reasons in late 2021.

Shanghai on Tuesday reported 178 new locally transmitted cases of the virus, up from 144 the day before.

Nationwide, China reported 37,477 new locally transmitted cases of the virus on Tuesday, down slightly from the 38,808 reported the day before.

The highest concentrations were in the south-western city of Chongqing, which reported nearly 9,000 cases, and the southern manufacturing hub of Guangdong, which notched more than 6,000 new cases.

Cases continued to rise in Beijing, which registered more than 4,000 cases.