Frank Lloyd Wright Hated Garages And This Is Why 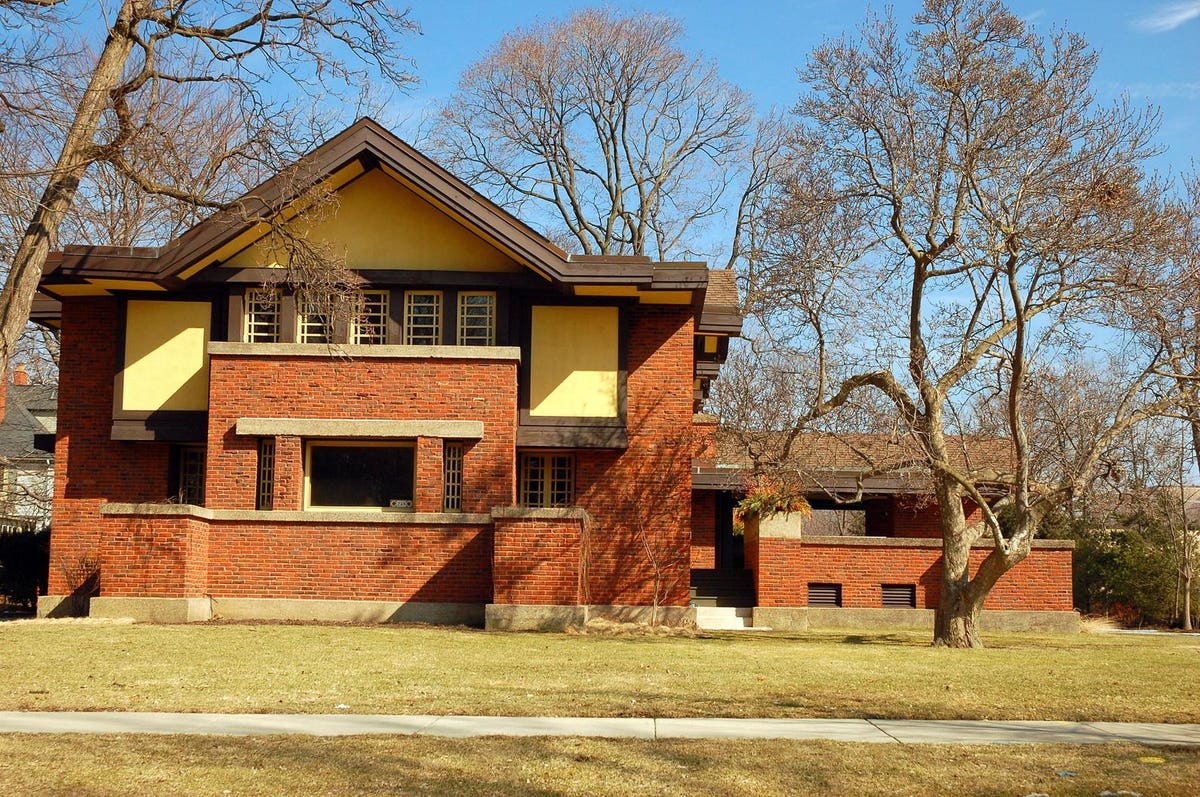 The Robie House of Oak Park, Illinois was an early commission of Frank Lloyd Wright’s and, because Fredrick C. Robie was an engineer and assistant manager at the Excelsior Supply Company, a bicycle company delving into the growing world of automobile manufacturing, the new house had a three-car garage. In 1909, the year the house was completed, the Robie House became one of the first American homes to incorporate a garage into the design.

But Wright did not like garages, despite the fact that he added an enclosed garage space with fuel pumps to his own Oak Park home. They promoted clutter, he said. Instead of serving as a tidy place to put the car when not in use, the garage became the handy place to put tools, children’s outdoor toys, off-season furnishings and decorations, gardening supplies, snow shovels, leftover wallpaper and everything else big, bulky or outdoors-oriented. As Wright’s career progressed, he worked to turn his clients away from garages and towards simpler spaces less inviting to clutter.

“A car is not a horse, and it doesn’t need a barn,” he told his client, the commissioner of the Usonian Jacobs House. “Cars are built well enough now so that they do not require elaborate shelter.”

Instead he designed what Wright dubbed the “carport,” a minimalist automotive shelter. As his designs evolved, so did his use of the carport. On one of his most famous works, Fallingwater, there is a four-car carport adjacent to the guest house. Edgar Kaufmann, the original owner of Fallingwater, wanted an enclosed garage, but Wright protested — saying an enclosed space would only inspire clutter.

Was Wright didactic and opinionated, as he has often been described? A recent survey conducted by Stanley Black & Decker’s Craftsman brand seems to find that he was, in fact, right on the money and, all these years later, still is.

There’s more. While all agree that the function of the garage is to store the car, more than half of U.S. adults (53%) surveyed use their garage or at-home workshop for DIY projects.

“There are over 82 million garages in the U.S., and according to the survey, more than 60% of Americans with garages feel their garage is the untidiest area in their house,” said Tabata Gomez, Chief Marketing Officer of Tools and Outdoor for Stanley Black & Decker. “When asking Americans with garages about items stored in their garage, nearly 80% reported power tools and hand tools as the top products in their space, while 76% keep outdoor tools and equipment inside. In fact, 67% of adults with garages say they have so many tools, that keeping them organized is a must, and 52% prefer that their tools and storage systems match in their garage.”

When asked about storing outdoor equipment, 62% of those with garages reported they keep their leaf blower in their garage, followed by string trimmers (57%), walk-behind lawn mowers (51%), hedge trimmers (49%) and chainsaws (48%).

The online survey of 2,004 adults throughout the United States was conducted by Atomik Research. Fieldwork took place between September 28th and October 5th of 2022. Atomik Research is an independent market research agency.

Craftsman offers a variety of organizational tools but, in fact, we seem to need more storage space than we ever have: we simply have more stuff than people had in the past. Any enclosed space where stuff can be hidden from view is a tempting dumping ground. Perhaps Wright was right: an open carport, where we are not so apt to store stuff, keeps our hoarding tendencies in line.

Hey Boomer: An Old Folks Home For The Generation Who Never Trusted Anyone Over 30