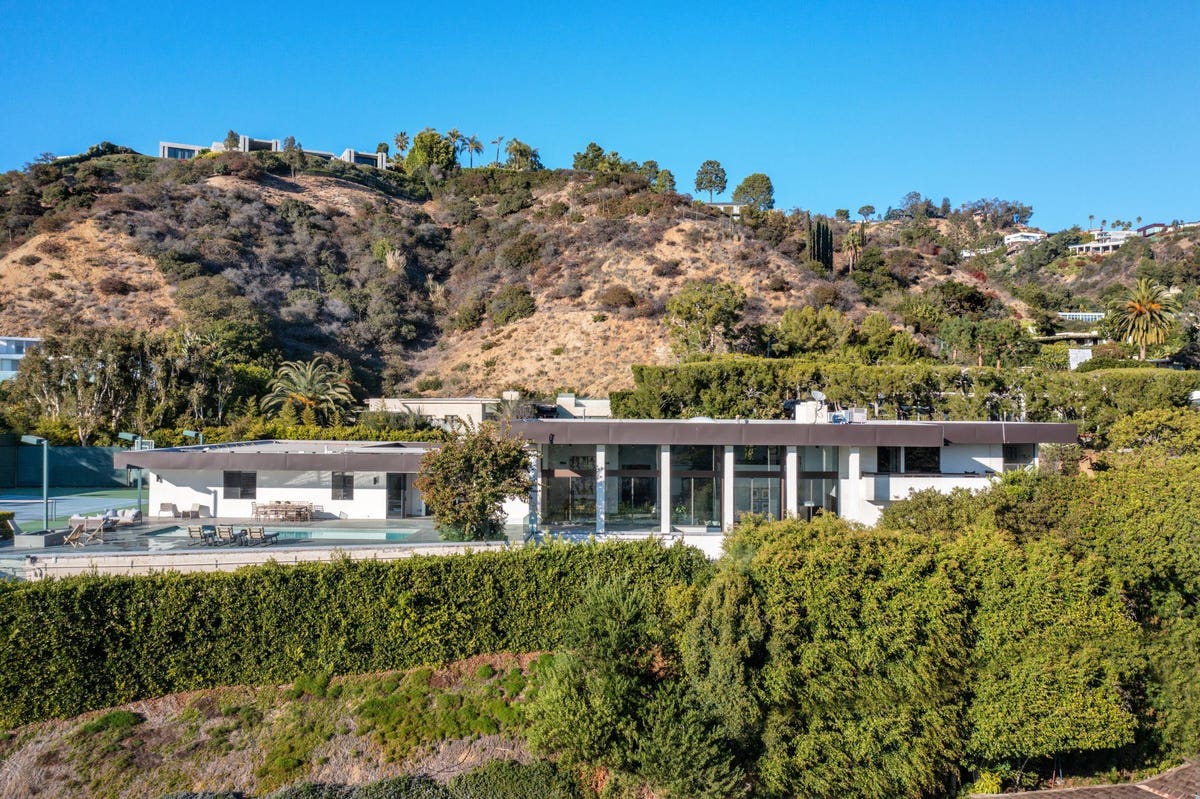 The former Los Angeles home of David Spade is back on the market for $32.5 million, or about 66% more than what the comic actor sold the property for earlier this year—$19.5 million.

Spade, who this year reprised his voice role of the Invisible Man in Hotel Transylvania: Tranformania, listed the property in January 2022 for just under $20 million and had an offer in hand after less than a week on the market, according to the Los Angeles Times. Records show the actor-comedian bought the home in 2001 for roughly $4 million.

Located near the Trousdale Estates section of Beverly Hills, the streamlined midcentury modern home is situated on a roomy three-quarter-acre lot that centers on some of the best views in Los Angeles, according to listing agent Stuart Vetterick with Beverly Hills-based brokerage Hilton & Hyland.

“This is a unique opportunity for someone to purchase an irreplaceable asset. Where else in Trousdale could you find a tennis court property with views of Century City and the ocean together in one,” Vetterick shares.

The former Spade residence, completed in 1978, was designed by Edward Fickett, a post-war architect who designed more than 50,000 homes across Southern California throughout his career. Updated and modernized through the years, the home for sale features a number of the architect’s hallmarks, including meticulous clean lines and soaring floor-to-ceiling windows.

Outside, sweeping city-to-ocean views serve as the backdrop for a large, covered patio, a pool deck, fire pit and swimming pool. Next to the pool area is the lighted tennis court, which is oriented from north to south.

Spade, a former Saturday Night Live cast member, is known for film roles in Tommy Boy, Joe Dirt, Grown Ups and, more recently, The Wrong Missy. Among his television credits are the long-running sitcoms Just Shoot Me! and Rules of Engagement.

On the real estate side, Spade bought a new property in another part of Los Angeles in late 2021 for $13.85 million, according to reports.

Hey Boomer: An Old Folks Home For The Generation Who Never Trusted Anyone Over 30